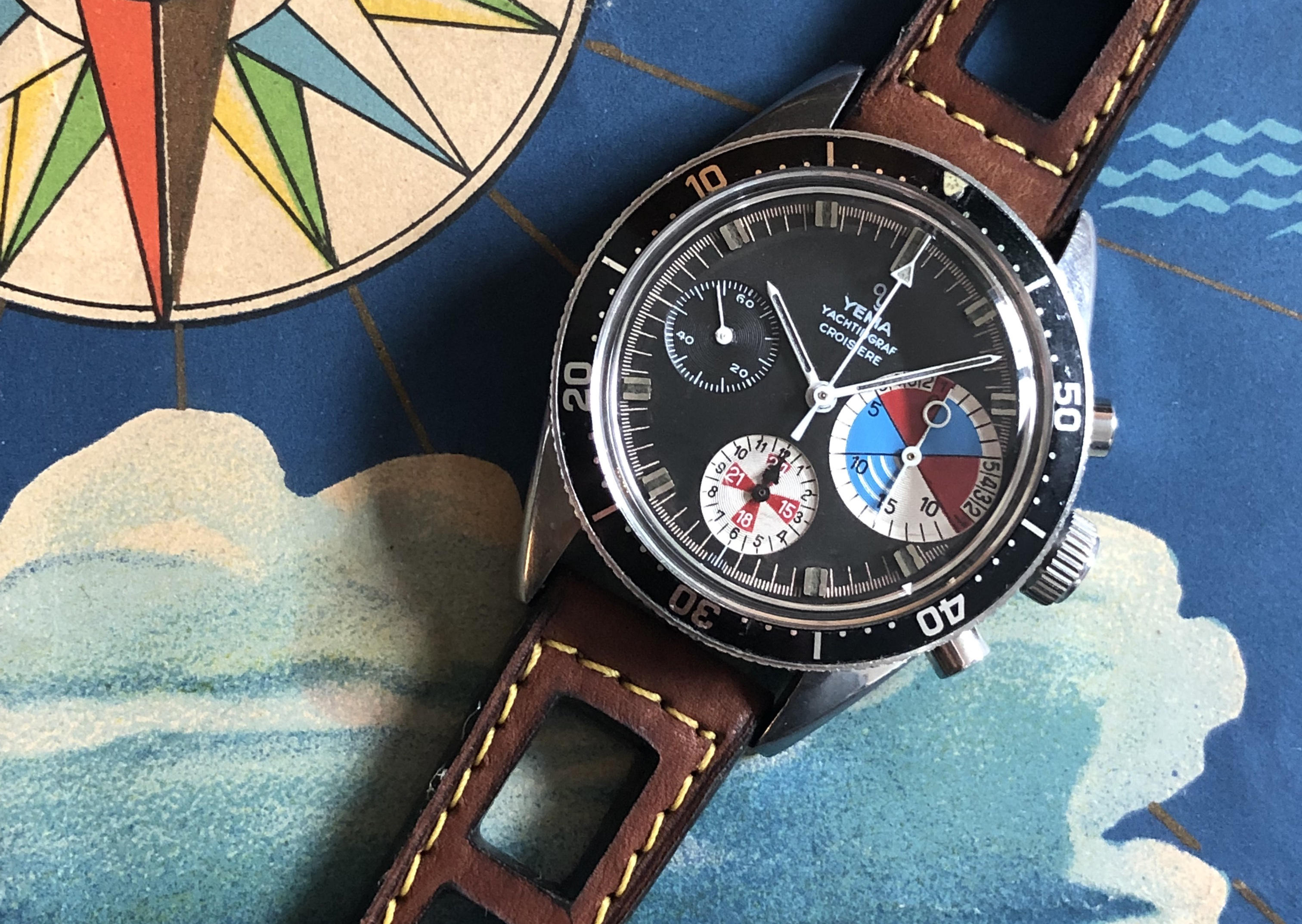 Original fine and very rare vintage Yema Yachtingraf Croisiere yachting chronograph wristwatch, Ref. 93012, Cal. Valjoux 7736, made circa 1969. The Croisiere (Cruise in French), with its yachting minutes sub register and cross-shaped (hence the name) lower register with 24-hour scale, is notable for being the only Yema Yachtingraf with three sub-registers, thanks to the Valjoux 72 movement for the earlier version and the Valjoux 7736 for the later one.

Runs great and all functions work as expected, chrono functions also works perfectly – reset to zero. Please take a look at the photos for the condition. Case measures 39mm (excluding the crown).

Age related condition with slight traces of wear. Watch is in overall very good condition, running and ready to wear or gift!

Founded in 1948, Yema are known for making some beautiful chronographs in the 60s and 70s and of those pieces the Yachtingraf is possibly one of the most colourful. Launched by Yema in 1966, the Yachtingraf was originally supplied with a Valjoux 92 movement and was soon replaced with the Valjoux 7730 and 7733 movements. Its main characteristic is the red, white and blue sub-dial that represents a classic timer feature, with each segment marking a 5-minute period in the lead up to a regatta. In the 15 minutes leading up to a race, the boat skippers must gather behind the starting line at the first signal, vying with each other for the best position. The color-coding makes the chronograph easy for the skippers to read, letting them know how long until they can cross the start line, thus allowing them to plan the best course and eke out every bit of advantage. In 1969 Yema introduced the Yachtingraf Croisière including an 12 hour counter at six. This additional subdial was decorated with a red cross indicating the next 12 hours in 3 hour intervals (15, 18, 21 and 24). These new models were fitted initially with the Valjoux 72 and, short after introduction, the Valjoux 7736 movement.