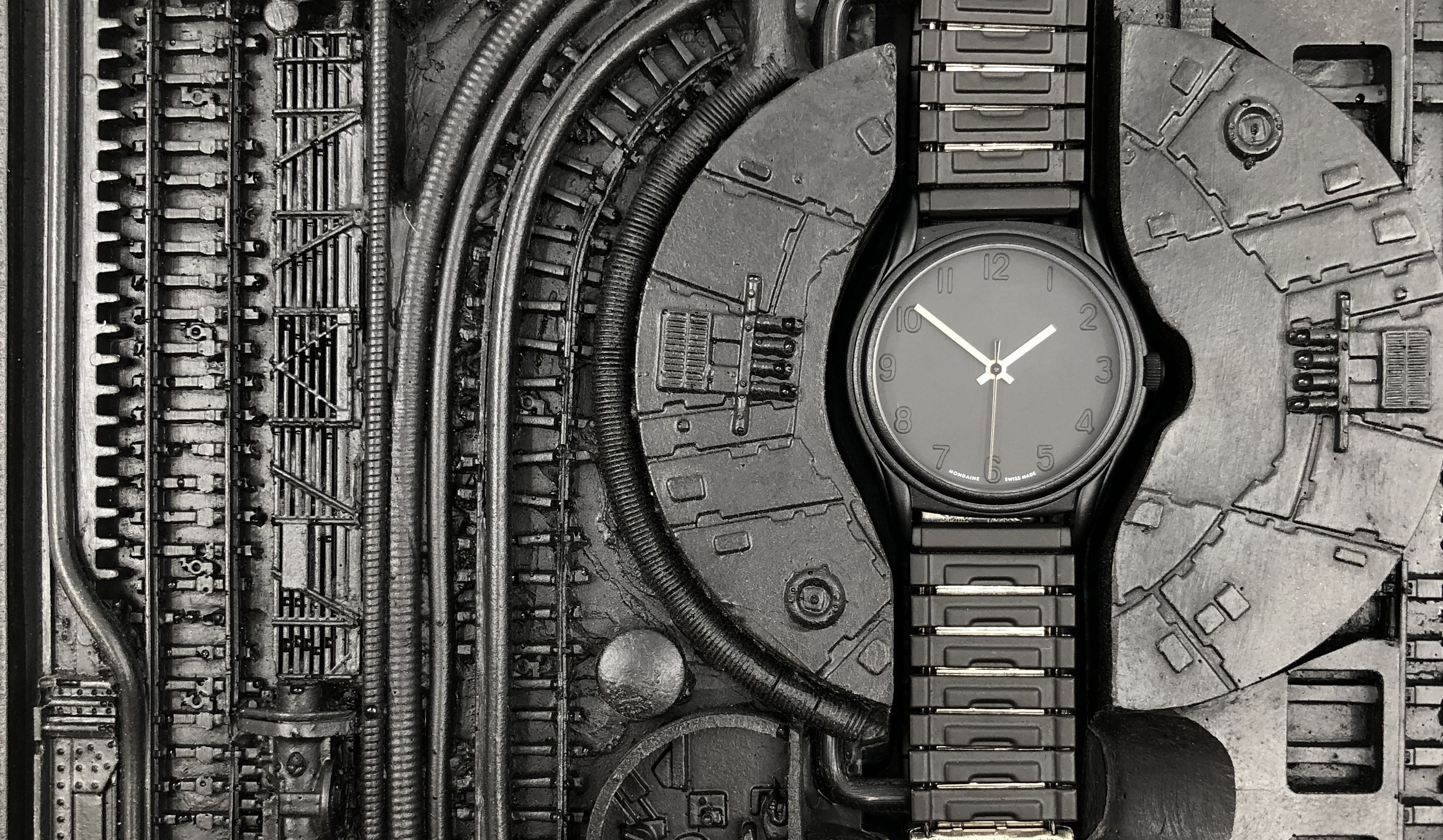 Extremely rare Swiss made 35mm quartz “N.Y.C.I”/”New York City I” wristwatch No.025 in its original case No.145/999, designed by famous world-known artist Hans Ruedi (Rudolf) GIGER (Oscar winner and ‘Alien’ creator). Watch was made by Modaine Swiss Watch Company in 1994 in a limited production run of only 999 pieces. As far as I know only 200 watches was delivered with special black wall-hanging case in plexiglass cover, hand-signed by artist.

Hans Ruedi (Rudolf) GIGER (5 February 1940 – 12 May 2014) was a Swiss painter and sculptor, best known for airbrush images of humans and machines linked together in a cold biomechanical relationship. Later he abandoned airbrush work for pastels, markers, and ink. He was part of the special effects team that won an Academy Award for design work on the film Alien.

Mondaine is a Zurich based Swiss watch company founded in 1951 by Erwin Bernheim. The company is focused in the production of proprietary brands (for example the world-known official clock of Swiss train stations), licensed brands, private labels, promotional watches, and outsourcing services for third parties. What was a credo for the company founder and pioneer of the Swiss watch industry, Erwin Bernheim, who recently passed away, is still a tradition of innovation that continues to live on in every way at Mondaine.

Watch is in overall great condition, running and ready to wear!