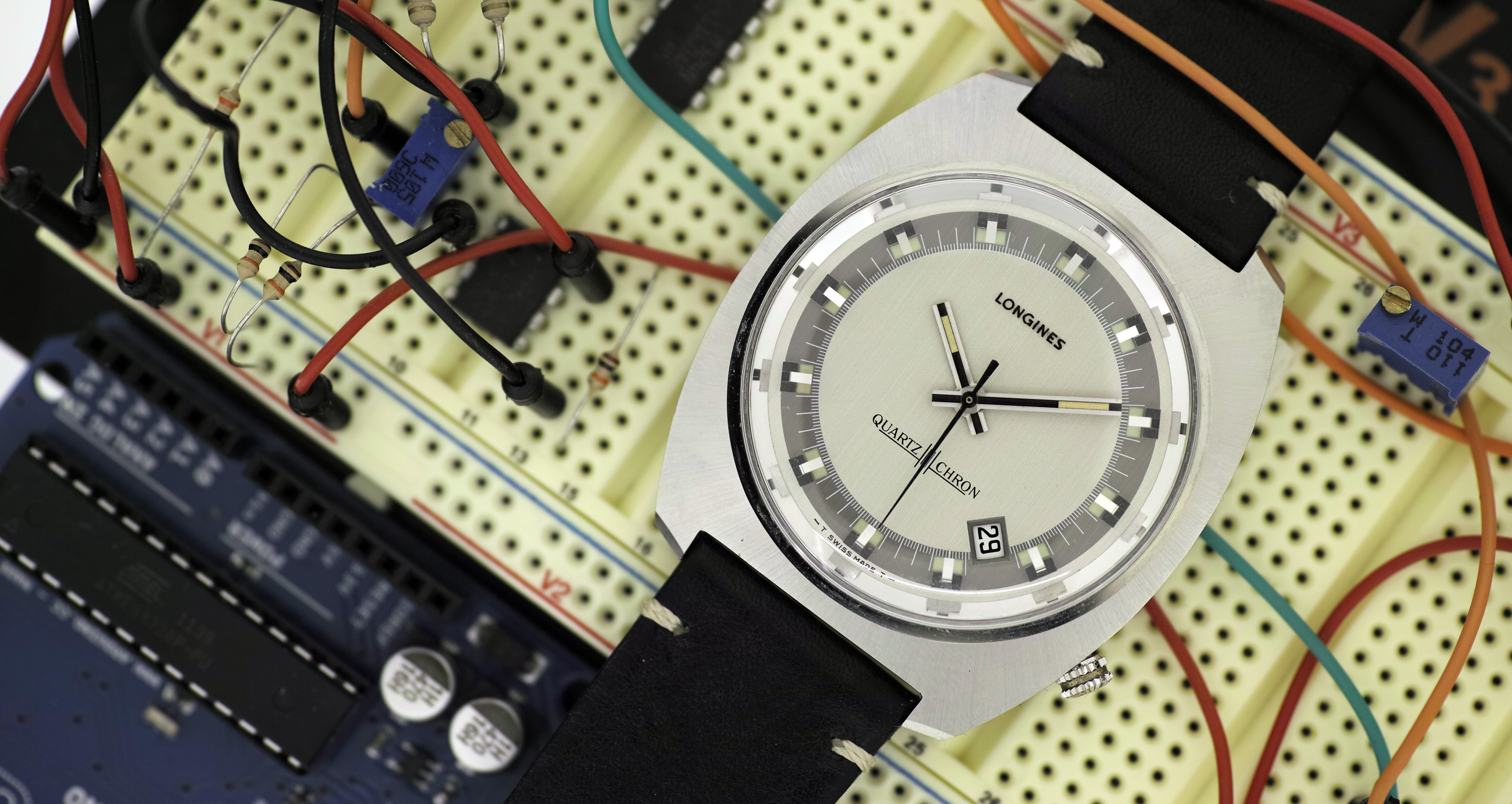 After six years of research in CEH consortium, the first prototype, the Beta-1, was produced in 1966, using a 8192 Hz quartz oscillator mounted in an in-house integrated circuit. The Beta-21 was created in 1969, only 6,000 or so of these early movements were ever made. Longines created their own in-house very innovatine movement,  rather than a straight Beta 21, the “Quartz Chron” was something of a hybrid of Beta 21 with Bulova’s Accu-quartz technology. It used both a quartz timer and tuning fork for timekeeping.

Dimensions 42 x 49 mm including lugs, bracelet will fit up to 21 cm wrist.

Watch is in overall great condition, running and ready to wear or gift!