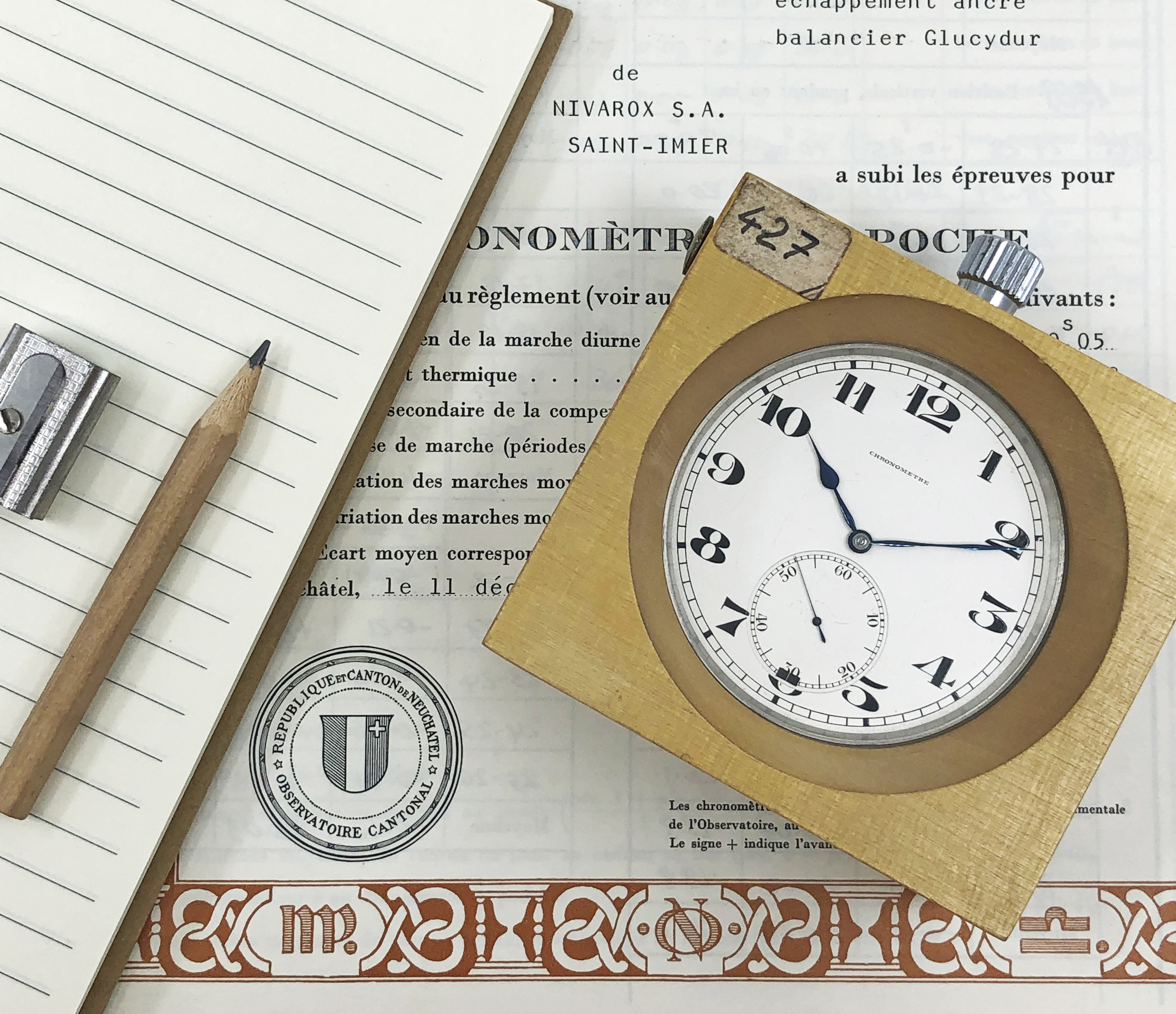 A rare and well-preserved fine NIVAROX Observatory Competition chronometer (50 mm movements category) No. 427, base on Longines cal. 260 modified by Nivarox S.A, in its original testing housing and “Bulletin de Marche”. Made in 1966 excessively for Observatory Competitions, this particular watch achieved quite a stunning results. To do it Nivarox watchmakers used a special balance on famous Nivarox spiral, removed from the movement everything that could affect on the accuracy (even time setting gears was removed to reduce the friction!) and of course spent months of fine adjustments.

The icing on the cake is the original “Bulletin de Marche” issued from the Observatory of Neuchatel in Dec. 1969 which accompanies the unit. This chronometer was used for several competitions over the years (as usual for good examples), 1966, 1968 and 1969. The rating results were simply breathtaking, just look at the certificate.

Nivarox is probably the most important company in the entire world of Swiss watch making. Now owned by the Swatch Group, Nivarox makes the vast majority of the parts that make mechanical watch movements function. Nivarox is also the trade name of the metallic alloy from which its products are fabricated. Its notable property is that its coefficient of elasticity is remarkably constant with temperature. As a trade name, Nivarox is a German acronym for “Nicht variabel oxydfest” (G.) or “Non-Variable Non-Oxidizing” (E.). The Nivarox alloy is a nickel iron alloy (Fe 54%, Ni 38%, Cr 8%, Ti 1%, Si 0.2%, Mn 0.8%, Be 0.9%, C <0.1%) used mainly in the watch industry for hairsprings for balance wheels. When used for critical watch components, the alloy reduces errors due to temperature variation. Hairsprings made of this alloy have a spring constant which does not vary with temperature, allowing the watch’s balance wheel, its timekeeping element, to keep better time.

Watch is in overall great condition, running and ready to use!