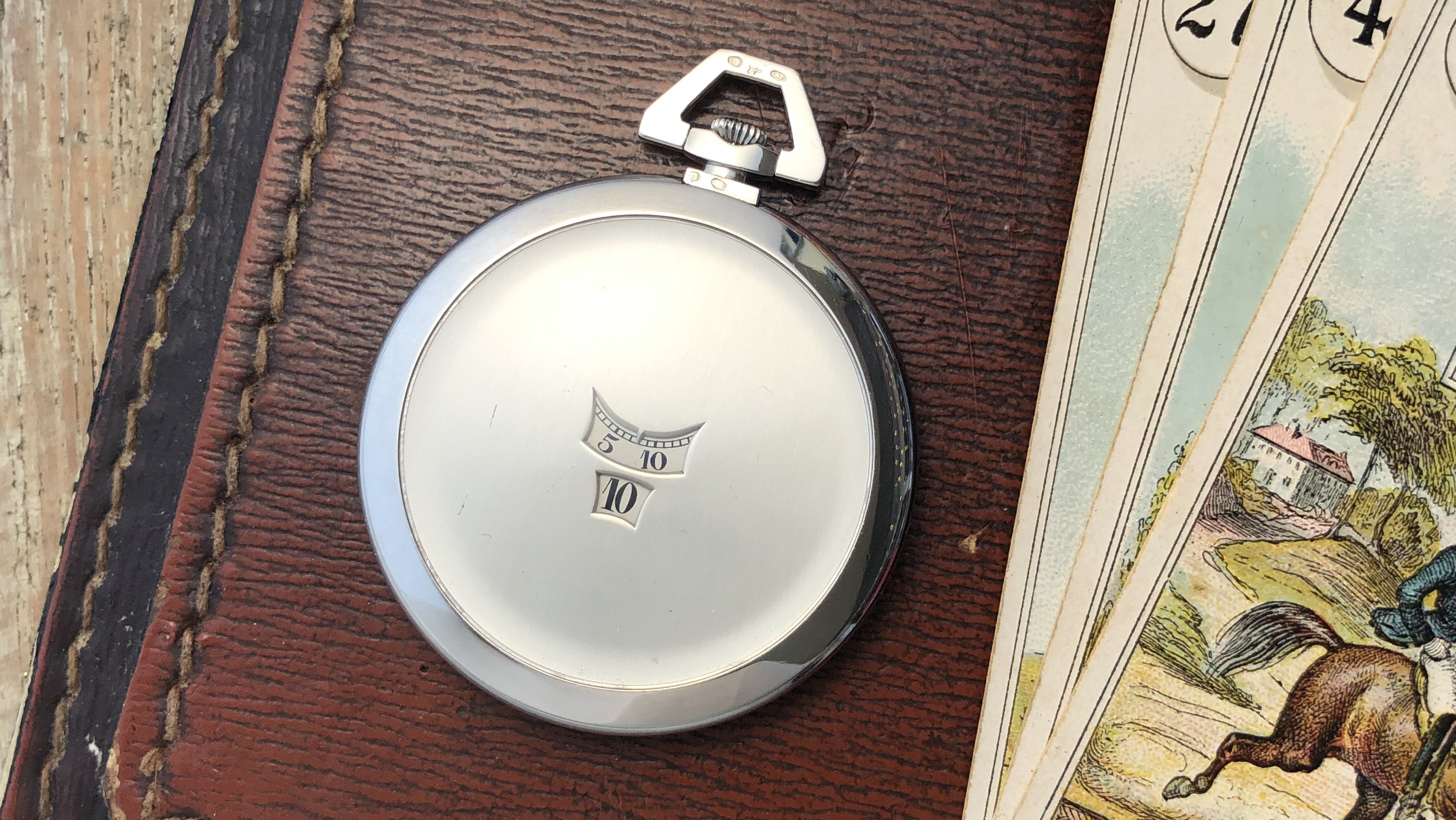 As expected from the prestigious firm of Haas Neveux, one of the foremost Swiss manufacturers, this watch is of very high grade throughout. The complexity of a jump hour is the regulation of power and the precision of keeping time correctly at the same time. Unlike a traditional time display which uses a constant force, the jump hour needs also a power peak for ‘jumping’ the hour disc.

A bit of history: Haas & Cie. was founded by Leopold and Benjamin Haas in 1848 and manufactured from the beginning small series of gold or platinum watches featuring the classical complications such as digital time and calendars watches, repeaters, chronographs and split-second chronographs. Over the years, new family members joined the company and consequently it was renamed to Haas Neveux & Cie. in 1884. Since the mid-19th century, this watchmaker gained recognition for outstanding quality throughout Europe. Their split-chronographs, repeaters and digital jump hours dress watches are recognized as reliable, sophisticated, and prestigious accessories. Taking advantage of the growing popularity, the watchmaker expanded with branches in New York, Paris, Cannes, and Besancon. Innovative developments of the manufactory received many patents, which are further used by other manufactories. In 1902, the manufactory received the prize of the Geneva Observatory for the most accurate watches, in 1914 – the prize for the most accurate ship chronometer. Manufactory products received international recognition: Grand Prix in Bern in 1914, Grand Prix in Paris in 1916, medals and prizes of exhibitions in Switzerland, Spain, USA. Haas Neveux & Cie. were one of the companies at the forefront of the making of high-precision watches and chronometers, obtaining prizes at the Geneva Observatory competitions and winning the highest prizes at international exhibitions.

Watch is in overall very good condition 8/10, running and ready to use!