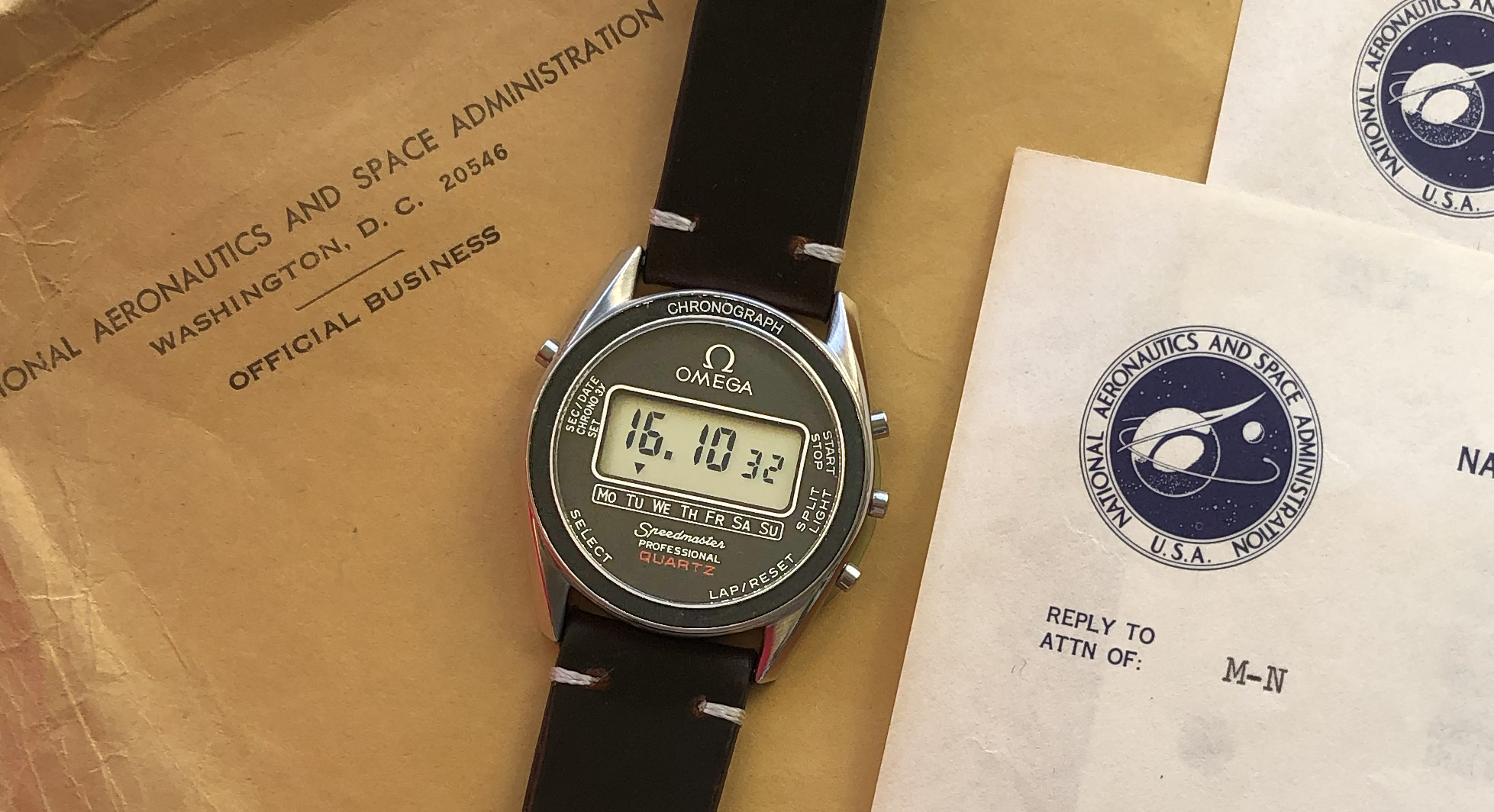 Only produced for 18 months during 1977-78.  In 1979 it was submitted to NASA for testing under the Alaska IV project name. The cal. 1620, developed by Omega and SSIH (later to become SMH). Although it has only basic functions by today’s standards, it is neverthless still a very accurate watch, capable of 0.15 seconds per day, or 5 seconds per month. This is better than a lot of quartz watches available even now. The very good accuracy is due to the high quality quartz resonator used, manufactured in-house by SSIH.

Case. Two-body, polished and brushed, lyre lugs, push-buttons for the chronograph and light functions on the right, the one at 10 is for mode selection, case back embossed with the Seamaster logo, mineral crystal. Dial. Black with LCD digital displays, arrow for day of the week indication. Movement. Omega Cal. 1620/4310 with quartz standardization. Dial, case and movement are signed. Diameter 37 mm. Thickness 8 mm.

Watch is in overall great condition, running and ready to wear or gift!