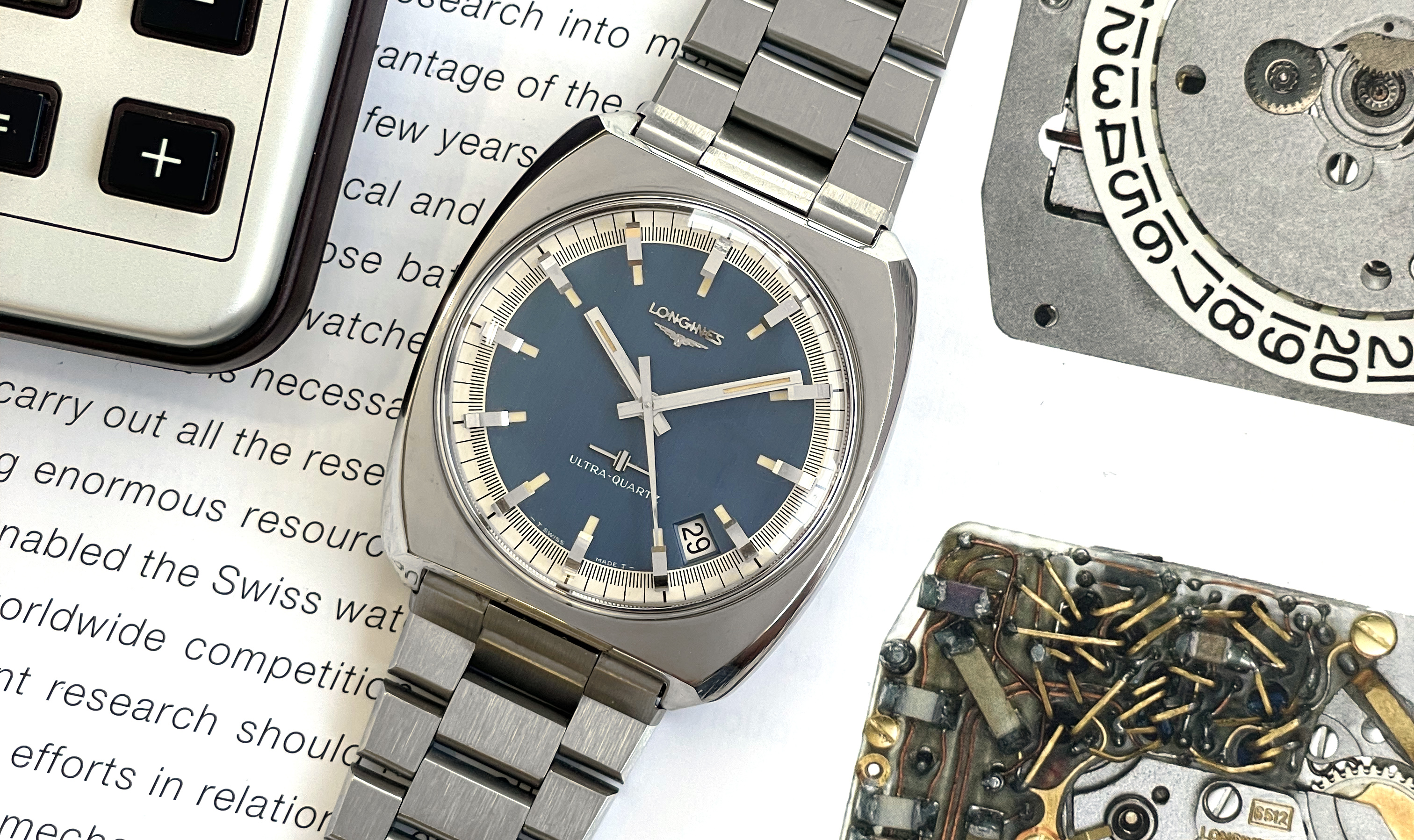 Longines was a part of the Quartz project led by CEH and some very rare “QuartzChron” Beta21 watches were made for Longines. This however must have been costly (as joining CEH was far from cheap) so Longines created their own inhouse 6512 calibre making a one of a kind and only Cybernetic watch in the World! The “Ultra-Quartz” is very different from other inventions of that era although the idea was based on the Accutron concept – thus it is also considered to be a member of the Hummer family. Known as the Ultra-Quartz (aka Hourglass Project), it was more accurate than any other production wristwatch. Prototypes were shown, photographs and documents were shared, and Longines promised that production would soon begin. Longines appeared to have a convincing lead over Seiko, Girard-Perregaux, Omega, and the Swiss CEH.

Although touted in August 1969 as the world’s first quartz wristwatch, Longines was unable to produce this revolutionary watch in time. In the end, the brand only released a few hundred examples of the Ultra-Quartz, and have to advertise it as “The World First And Only Cybernetic Watch”, but not “The First Quartz Watch” as expected.

Seiko produced a few hundred Astron quartz watches and released some for sale before the end of 1969. The CEH members, including Longines and Omega, built thousands of examples of the Beta 21 starting in 1970, showing over a dozen models at the Basel Fair that year. Omega and Girard-Perregaux also showed in-house quartz movements at the fair that year, and all of these quartz movements overshadowed Longines. The CEH was even able to move an updated Beta movement into production before Longines delivered the first Ultra-Quartz to a customer. (c) Stephen Foskett for Europastar.

Watch is working, however gains around 2 minutes per day, which probably could be adjusted by 4 adjusting screws. Please take a look at the photos for condition. Watch is in a very good condition 8/10, running and ready to wear or gift!