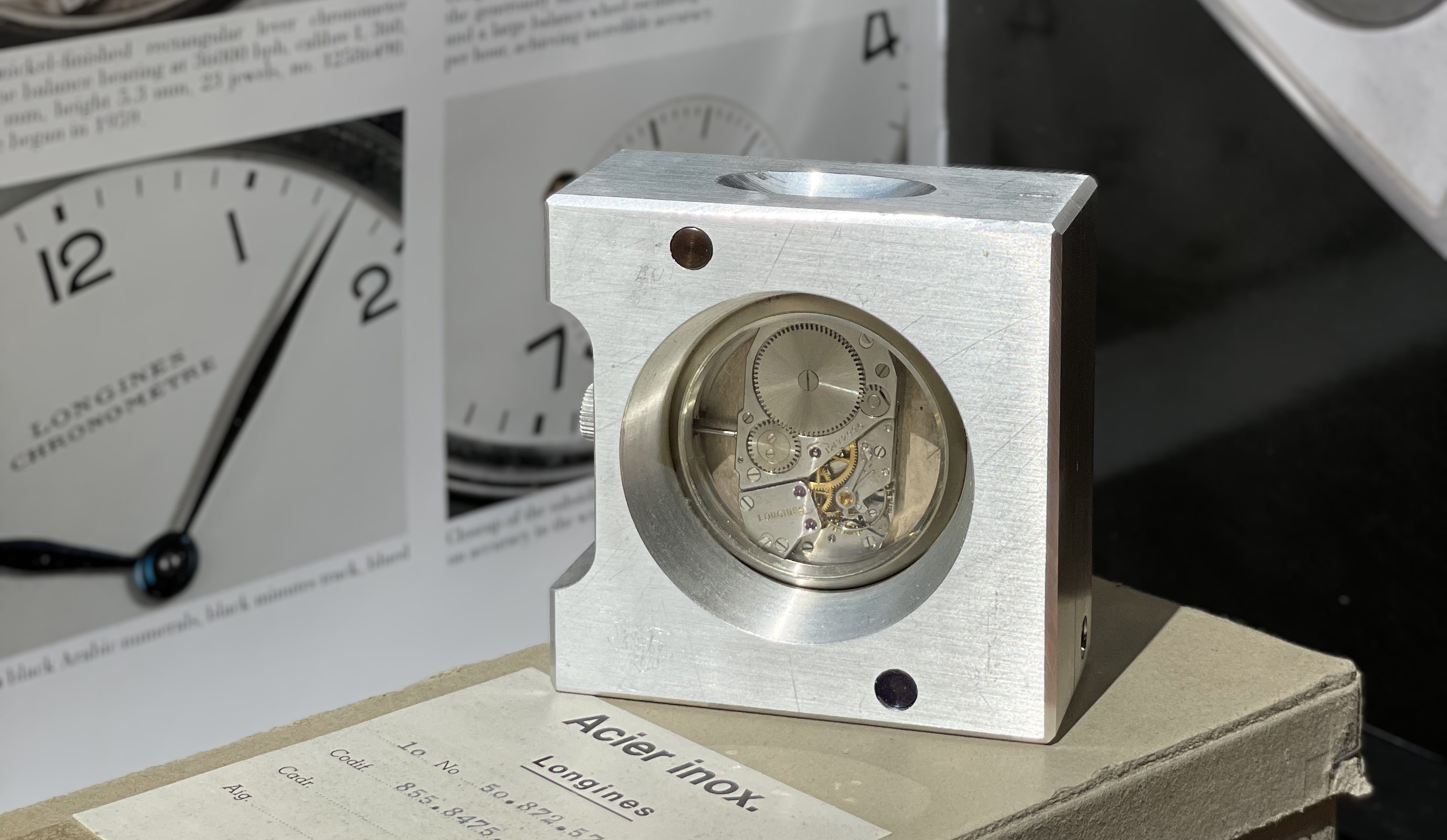 There is no Bulletin associated with the movement number. This particular 360 was most likely an experimental piece and not meant for the concours. Longines tried out different hairsprings (steel, alloy, Nivarox, etc) and frequencies in their reglage workshop. The experimental character of that rare piece can be easily derived from the fact that it features an advanced autocompensating hairspring instead of the classic steel one.

Information from Longines’ handwritten archives:  “Originally, the serial number 12’172’996 identifies a  Longines mechanical manually wound, caliber 360. This movement was intended for observatories competitions and produced in 1962“.

At the beginning of the 1950s, Longines developed movements that were specially constructed for extreme precision. These models, which were not sold and produced only in small series, were intended for observatory competitions. In brief, these calibre were developed to serve as a technical showcase for the factory products; from the point of view of advertising, they served to illustrate the high-quality production of the company.

In 1959 Longines produced a movement with a shape specifically developed with a view to high precision, namely the 360. The 360 was a rectangular movement with cut off corners and dimensions of 32 x 22 x 5.3 mm. Its dimensions gave it a surface 705 square mm, which was very close to the limit set by observatories for the category of the movements for wristwatches. For example to qualify as a wrist chronometer the movement was required to have a diameter that did not exceed 30mm or have a surface area of 707 square mm or less, and a maximum thickness of 5.3mm.

The model is prominently described and illustrated in Longines Watches by John Goldberger, p. 236-237. For another example of a calibre 360 Observatory movement see Longines by Daria Marozzi & Gianluigi Toselli, p. 25. As well as Longines watch movements (1832-2007), by Patrick Linder, p. 498-499.

Competition chronometer-quality wristwatch movements are not “ordinary” C.O.S.C. certified movements. These movements were designed and finished to excel in the rigorous world of Observatory Competitions, as conducted in Geneve and Neuchatel in the years 1944 through 1967.

Watch is in overall very good condition 8/10, however never been serviced after left Longines manufacture, so professional service is recommended.

In working order, however looks like the oils have dried out, so the watch not keeping time anymore. Professional cleaning&oiling service is recommended. Very good condition 8/10, minor surface scratches, scuffs and discolorations through the age. Minor damages on the dial. See photos.