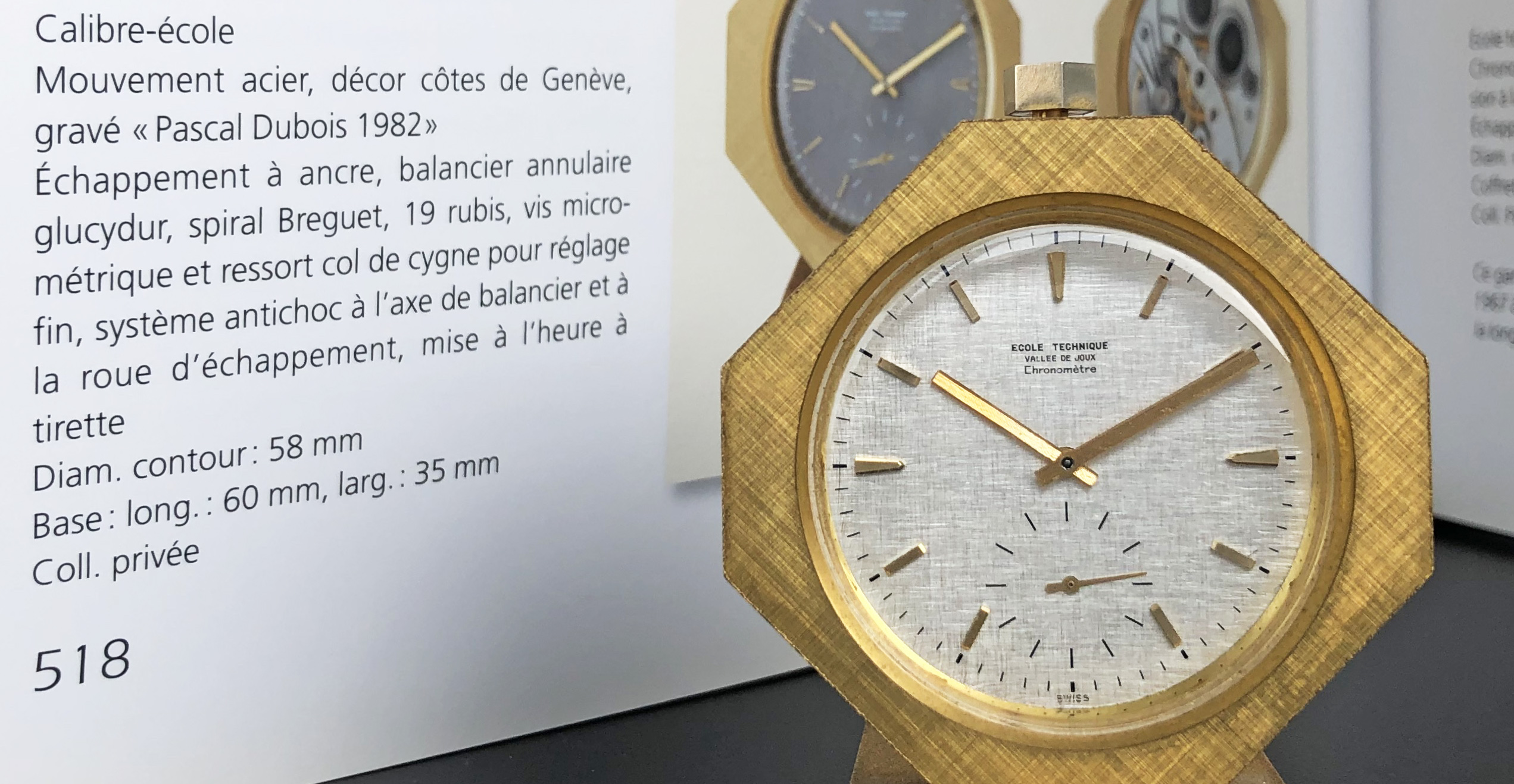 Historically, “school timepieces” marked the completion of three hard and challenging years in one of the famous watchmaker schools of Switzerland. Back in the early days, these watches were designed and built from scratch by the students be it melting metal, crafting the components or finishing the movement as well as the case by hand. Raw components were purchased from Swiss manufactures and modified in the school by the student with the available tools and machines. Moving on from the 19th century to the 20th century and from the pocket watch to the wrist watch, the habit of crafting the entire timepiece from the rawest component became less and less a necessity. Most of the schools were directly purchasing cases, dials, hands and other furniture from renowned brands. School pieces are one-of-a-kind watches, as most of them are unique in their design and finishing. Each one bears the mark and the determination of its creator. © bulangandsons.com

Clock is in overall great condition, running and ready to use!